A downloadable game for Windows

What happen if every cartoon characters drawn in your computer aren't just static pictures and have a story within?

Note: This game is not canon to "Dinosaur Savers:Intercept".

A Silent Voice but with the best dragons

Love it, characters are really well done and cool looking

not even going to lie - this game saved me. Ive always struggled with depression as a result of me being self conscious about my appearance - this game alone changed my mind. It made me realise that everybody really does care about me even though my creators friends took parts from me and im now a cyborg.

This game is wholesome as heck.

woa, seirously though this game is so iconic
-the hardcore furious gamer (2009)

Best video game to ever be made. I love the MS Paint concept

great game my guy. I'm glad to see some older projects get some love

Best visual novel i have ever played. I cried twice.

PLEASE MAKE MORE! this is amazing you are so creative and talented :)

Hey, that's not a very nice thing to say, we were supposed to be nice

but he said "nah but seriously this game rockz". he's the p*ssed off but rational reviewer.

I love this game, hope you make an epic sequel!

beautiful, amazing, what a spectacle

Sometimes I wonder if life is meaningless, if everything I'm doing is ultimately pointless and if there's no reason to keep trying in spite of extreme adversity; I cry myself to sleep sometimes, wondering if I should just get it over with. Upon playing this fine work of art, my stance has changed. When the noted German philosopher Hegel bespyed Emperor Napoleon, he remarked "I saw the Emperor - this world-spirit - go out from the city to survey his realm." Prior to playing this game, I had not understood this statement, wondering how someone could utter such an inane statement, but now I feel as though I finally understand; I have played this game and directly seen the world-spirit with my own two eyes, the material realization of god itself, and I now have no more doubts. If I perished tomorrow, if all of my efforts only resulted in ruin, if every word I had spake were untrue, I would still be content, as I have played this game.

Please make more, we love you

This was made in tyrano builder? How easy was it to use and how long did it take to make the game? 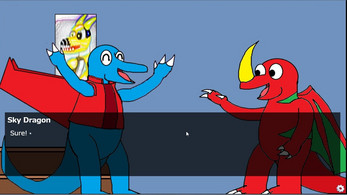 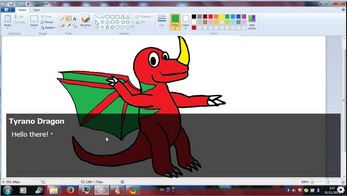